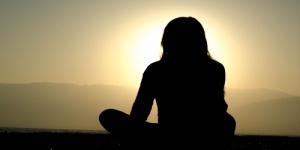 Do your insecurities sabotage your success?  Are you struggling to achieve the personal and professional success you desire?  Would you like to know the top three traits that insecure people have in common?

While insecure people share many common traits, I have observed that they have three traits in common especially when it comes to promoting themselves.  Often insecure people’s self doubts, fears and limiting beliefs are reflected in the behaviours below.  They are usually unaware that they are doing these behaviours; they are on a subconscious automatic pilot.  Insecurity is their comfort zone.  It is only once they are made aware of their behaviour that they realise how they are limiting themselves.

So here are the top three traits I have observed in insecure people, especially when promoting themselves.

Common Trait #1 – They Undervalue Themselves

Your self-worth will determine how much you value and charge for your products/services/skills/ideas.  When promoting their products, services, skills or ideas, insecure people undervalue themselves.  They often undercharge, give away their services/ideas/skills for free, they resort to high discounting to secure business or undersell their abilities.  Because they often have low self-worth and feel unworthy or deserving of more, they will accept less than what those who feel secure in themselves will.

Common Trait #2 – They Put Others Down

As a result of their own insecurities, insecure people often put others down.  They put other people down because that is what they know – they put themselves down too by beating up on themselves.  This is their normal way of relating to themselves, so that is how they relate to others.  Avoid taking an insecure person’s put down personally – it is a reflection of their own insecurities.

Rather than standing on their own merit and the value that they offer, insecure people resort to putting other people down so that they feel good about themselves.  After all, if they can cut someone successful down to size, they themselves see less of a gap to rise to.  Instead of rising to a successful person’s level, an insecure person finds it easier to put others down so that others “fall” to their level.  This helps an insecure person to feel better about themselves as they no longer need to compare themselves to someone who excels.  The other person is now at their level or lower (in their mind) and it is easier to “compete” with them at that lower level.  It is less scary for an insecure person.

On the other hand, a secure person never puts others down to succeed. Instead, they stand on their own merit, on their own successes and their hard work.  They have no need to compare themselves to others, they simply promote themselves in their own right, based on their hard won and deserved efforts and successes.  Their promotion and marketing is about the benefits they offer and how they add value to others’ lives, rather than focusing on how they are better than their competitors/how their competitors do not do what they do.

Common Trait #3 – They Copy Others

Insecure people copy other people because they lack sufficient self-belief to create something on their own.  If they were to create something on their own it may not be good enough, nor be perfect, they may fail or be judged for it.  Instead, they stay in the comfort zone of their fears and insecurities, and they copy others and often those more successful than they are.

If it took dyeing your hair or copying someone else’s words to be a success, we would have a lot of look-alike Richard Bransons and other successful business people in this world.  As all successful people know, there is a lot of hard work, persistence, challenge and commitment that goes on behind the scenes for success.  What people see and copy on the surface is insufficient for ongoing success.

As one enlightened lawyer said years ago, people who copy others never reach their full potential.  This is so true, insecure people stay insecure by copying others.  It simply reinforces their self doubts and insecurities that they are unable to come up with their own ideas, so they need to copy.

There is a huge difference between modelling successful people (what makes them tick and their behavioural and mindset strategies) and copying the surface of what people see.  The former is much more empowering and a key to success (which we teach our clients to do), while the latter is a good way to stay insecure.

Would you like some help in overcoming your insecurities so that you can have the long-term personal and professional success you desire?   Help yourself to some free NLP resources and empower yourself for success today.